Hi, I’m Chloe, the founder of Vegetarian and Vegan Youth. I started VegYouth when I was 16 years old and in the eleventh grade (in August 2013).

My story dates back to when I was 3 years old. I had just finished watching the movie Chicken Run and came to the shocking revelation that chicken indeed does come from chickens. I put away the thought for some time.

This thought resurfaced when I was 6 years old, when a book of fun facts about pigs sparked on obsession of them. I read Charlotte’s Web, fiction books about pigs, and one where the main character was a pig who did not want to be slaughtered as well as many other pig books and movies. I decided to never eat pork again, even though my family never ate pork anyway, so this obsession did not really change my eating habits. I also like to say that I became an activist when I was six, because I cried whenever anyone even talked about eating pork and even wanted to start a pig appreciation club.

Throughout the next few years, I slowly started making the connection that all meat came from animals with lives just as precious as pigs’, and gradually cut out meat. Eventually, I declared at one dinnertime that I could not eat dead cows anymore, and that was that for meat for me. I was 9 at the time.

I was lucky to have parents that were supportive of my choice and cooked for me, although they did not go vegetarian themselves. As the years went on, I became a very passionate vegetarian, researching about the many reasons to go  vegetarian, getting into passionate arguments with friends and writing speeches about the topic for school projects and even my bat mitzvah.

Meanwhile, I slowly become aware of the dire state of our planet. I first learned about climate change during science class when I was 9 years old and I felt helpless when facing the crisis at hand. When I was 11, I participated in a school debate about fossil fuels, learned about deforestation, pollution and many other issues, and learned how environmental problems affected the poorest communities. I became desperate to find a solution to our gigantic environmental problems.

Then at age 12, I came across a description of what happens to cows on dairy farms. I learned that dairy and eggs were cruel. At the time, I still thought that going vegan would be too extreme, but just like I slowly stopped eat meat after learning about pigs, I slowly stopped eating eggs and milk. It eventually came to a point where I only ate animal products when they were hidden in another food, like in bread or a cake.

At the time, I was a fan of the TV show Glee, where the main character and actress, Lea Michele, was vegan (she’s not vegan anymore). I read more about her veganism and was inspired to try the same thing myself. I would like to say that I learned about the many reasons to go vegan and was so inspired to do something that I became vegan. But it just wasn’t like that. I only wanted to try veganism to see how it was. I was 13 at the time, and it stuck. When I told my friends I was vegan, they freaked out and made me so embarrassed to be vegan that I never told anyone else for the entire first year I was vegan.

When I was 14, I watched my first video about factory farming. Upon watching that video, looking into the animals’ eyes, I knew I had to do something to stop that cruelty. I read more and more books and articles and watched countless YouTube videos. I realized what a big societal problem this was in many different issues in addition to the animal cruelty–like the environment, human rights, and health. I learned that going vegan was the greatest thing one could do to reduce their environmental impact. Out of the endless suffering in the world, nothing connects it or makes as big of an impact as going vegan does.

After learning more and more about activism and different activists, I realized that I had to make a difference on a larger scale than simply being vegan myself. It didn’t make sense to wait until I was older, or more experienced or anything. The problems are just too huge and something had to be done now, and someone had to do that, and well, that someone I guess was me.

So I came up with the idea of VegYouth for three main reasons.

First, I noticed that almost everyone my age I talked to had the same problem. They wanted to change their diet, but as young people who lived with their parents, they had little power over what they ate. Many had trouble in social situations with friends. Also, like anyone making a habit change, they had trouble making a switch and learning to cook. I could not find any resources to help teens go vegan despite these unique obstacles we face. I also saw many activists giving up on reaching younger people because of the whole parent issue. I didn’t think that was right, and I knew there was a way around it–to empower youth to go vegetarian or vegan regardless of the distinct issues they faced.

Also, for the first two years of being vegan I never met another vegan in my life. I also hoped to create a community of youth wanting to go vegan or vegetarian. I wanted other young people to be able to talk about these issues with other teens. I wanted them to be connected to each other. And I had realized that community was so important in staying vegan and this community of youth would help keep teens on the vegan wagon. I wanted other young people to be confident about their veganism, unlike I was when I first “came out” as vegan.

The second reason for VegYouth was due to starting my own high school club and having it be one of the most difficult things I have ever done. I had no idea what to do with a club in the first place. I made so many mistakes I could not count. I rarely received positive feedback for what I was doing and often questioned whether I was really making a difference, sometimes to the point where I nearly gave up. Activism is not easy or some romantic ideal to change the world–not at all. I hungered to connect with other groups, meet like-minded students, learn more and share ideas and tips. I wanted step-by-steps for how to do activism and run a club. But I couldn’t find it. There were absolutely no resources or support and no one to help me.

After trying and learning from my mistakes with my own club, I wanted to share those experiences with other student and give advice on how to avoid the mistakes. And I wanted to learn from other students and get their advice too. I realized that what I did with my club would not make a dent unless it was replicated everywhere. If only a few students learned about veganism, that wouldn’t make a huge difference. But if everyone at schools everywhere took action, that would make a huge shift. I wanted to spark that societal shift. 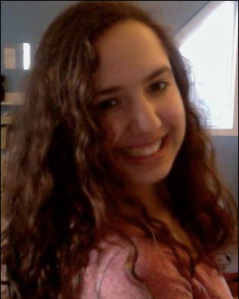 So, I applied for a $1,000 grant from the Pollination Project, and I received it in January 2013. VegYouth was in the planning stages for about half a year, and I officially launched it in August 2013.

I’m so passionate about veganism. And I saw that youth had never been connected in an extensive, meaningful way to the movement. This was the unique way I can make a difference. And with so many people committed to making the world a better place coming together through VegYouth, I know we will!

Now I am a junior Oberlin College, and I am majoring in Comparative Literature, with possible additional majors or minors in music and Ecological Design. I am also studying technology and innovations in food and clothing, Spanish (my native language), video and music production, and performance arts. (2017)